Firewall: Traditional Vs Next Generation

The purpose of any enterprise-grade firewall is to protect your network, internal systems and confidential data against intruders and malicious access.
They all share the same basic goal, but specific technologies, features, capabilities and level of complexity could vary immensely.
The two most basic categories for enterprise-level firewalls are traditional and next-generation. NGFW, Next-generation firewall, are the more advanced of the two types. It would offer the most robust protection for your business.
But what would be the differences between the Nest-Generation firewall and traditional firewall, how do the differences can benefit your business?

– Stateful inspection, traffic is defined as flow instead of isolated packets. Rules can be applied to the traffic flow, and decisions can be made on the behaviours.
– Virtual Private Network provides a secured entry for the network when users or systems traverse the public or untrusted network.
– Packet filtering helps the network administrator to ensure both ingress and egress traffic is under inspection. Firewalls can terminate the connection initialed by suspicious source on behalf of users.

– Application awareness empowers the organization to set specific rules for each application instead of IP and port number. The definition of each application is the core function of NGFW. Traditional applications are defined by port number which can be used by everyone. It is critical to use App-ID to identify traffic flow, and detect evolving threats.
– Intrusion prevention system has the capability to actively detect and block intrusions. The detection would refer to the cloud database, which is dynamically updated against zero-day attack
– Threat Intelligence provides the firewall and other security appliance with the latest intelligence to detect and stop emerging threats.
– Deep packet inspection (DPI) ensures a thorough inspection of the packet’s contents, whereas standard packet inspection only reads the header. NGFW would look after the full context of every single packet.

Don't Leave Vulnerability In Your Network By Outdated Security Technology

Modern businesses need modern protection. The cyber threat landscape is forever expanding along with innovations in technology, which unfortunately means that cyber criminals are far from finished. If anything, their job is getting easier.

Sprint Networks provides managed NGFW service, providing multiple levels of security for your network.
As a managed security service, we take the responsibility away from your resource, empower your staff to concentrate on what you do best.
Find out more about NGFW service at info@sprintnetworks.com 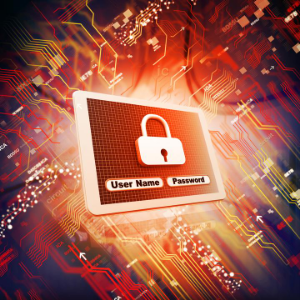